skip to main | skip to sidebar

A joyous moment was had by me just minutes ago: I tried the jacket on with the sleeves basted in and I LOVE it! If I can get all the beading done and still be as excited as I am now- with all the thread and loose ends etc, I'm going to wear the heck out of this jacket. And I'll wear it grunge style, with a long tee underneath, tight pants and clogs :))

The sleeves are cut on bias, and boy are they flattering. And comfortable. And slender :)) You can see in the picture I'm chalking the beading lines to see the right placement. The sleeves have yet to be machine stitched, which will be done only to the point of the beading. Then I will undo the underarm seam and the rest of the armhole, stabilize the beading area with hair canvas and get to work.
Below is a the lining fabric I ordered from Sawyer Brook, think its kinda cool with the unusual cross pattern, which will tie to the crosses on the front. 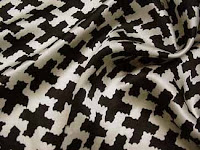 And keep posting your wishes for giveaway: I've already learned something new: Anne LO wants a Simflex expanding sewing gauge which looks awesome btw, I want it too :))
And yes, Lindsay T, I will try my best to get together with you when I'm in NYC, how fun!!!
Christina, your Kai's went out today :))
Posted by Birgitte at 6:14 PM 16 comments: 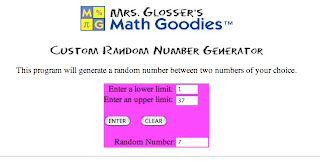 And the winner is Christina, Assorted Notions! Congratulations!
I am so happy to hear from so many new readers, and thank you everyone for your encouraging comments on the Balmain jacket.
I am going to NYC in February so I hope to have the jacket finished by then. There won't be any sewing going on during my stay of nearly 2 months, but maybe I'll write a few posts about the experience of MDQ on Broadway. If you happen to walk by the Nederlander Theater and have a camera ready, I'd love to see the outside- I heard the poster is already up :))
And there will be many more giveaways. It's a very selfish thing; I love them. It's wonderful to share with people who understand and appreciate the same things I do :)) I'd love to hear what's on top of your wish list. I'll do another Kai giveaway for sure, but what else would you just love to have?
Posted by Birgitte at 12:47 PM 8 comments:

What a weather! I actually stepped in a puddle, it's years and years since that happened to me...
As promised, here is another giveaway:
A brand new pair of Kai 7205, 8" Professional Shears. 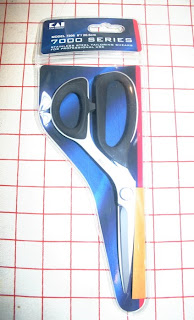 I've had mine since November 2008 and adore them, so it's my duty to share the love :)) If you would like to be part of the drawing leave me a comment on this post. It looks like I'll have to go out of town next week so I'll do the Random Number Generator Sunday, January 24, that way I hopefully can get them shipped before I leave. There are no rules but it would be nice if you've left me a comment in the past or that you read my blog once in a while ;) International is of course welcome, and I'll pay for shipping.
--------
And now, on a different subject and yet another promise I made...
Balmain shell on the scale,
1 lbs 14 1/4 oz 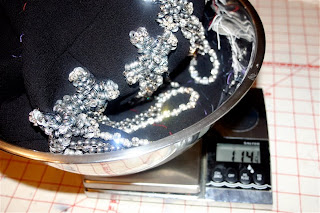 It's heavy, and it's just the shell. And it's been hanging on my mannequin for what seems like ages.
It's what happens when you let a project linger: The drive, the inspiration diminishes with every tick-tock... and there's been a whole bunch of tick-tocks. Let's see, I got the inspiration back in May 2009, did my first post on July 3rd, and last post on October 8th. The shell and front beading was done, and my nemesis, the sleeve was discussed.
You, my dear readers, have continued to nudge me, and, believe it or not, I'm grateful for that. So...
The sleeve is done; I'm completing all loose ends of backstay etc, and have decided not to fret about perfection. If I'm going to finish this before MJ becomes someone one has to to look up on Wikipedia, I will have to take the bull by the horn.
The sleeve is full length, cut on bias, and looks pretty good. The shoulders are not as wide as I initially settled on, but still wide enough to give that "cut edge", which is very flattering on someone with next-to-nothing waist, I look like I actually have a nice one!
I will set in the sleeve, but only partly, leaving the underarm seam open to facilitate the beading. Another trip downtown must be had very shortly to complete the jacket. But I'm on it, it will be completed. And I thank you.

Or something like that :)) I just returned from Chicago- waaay to cold!!!- and went right back to sewing. The coat only needed the buttons, but I also finished the white shirt I'm wearing. 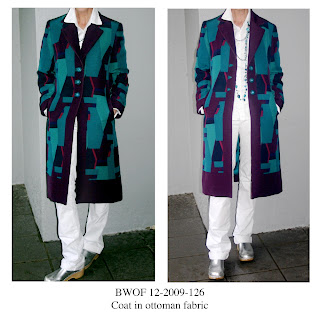 I like but don't love. It's a bit too big and the colors are not me, but I'll wear it with white. The pattern is good so I'll use it again, with some tweaking, especially the sleeves. I need sleeves to look slender (probably cause I truly dislike my arms). Ottoman fabric is hard to work with, at least this one was, but that won't stop me if the right one comes along ;)
I've been reading what you're all up to, just not commenting cause although I love my iPhone, I don't like typing on it too much. It was a hectic time in Chicago, and it hasn't let up since returning to LA, but I'm squeezing in as much sewing as I can to stay reasonably sane... I also ordered some more goodies, so look for another giveaway soon :))
Posted by Birgitte at 5:34 PM 18 comments:

You won't believe this... 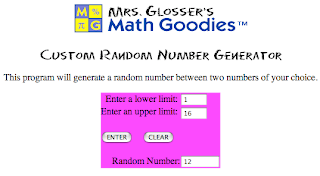 ... But it is the truth nonetheless- if there's ONE thing I want friends (and foes) to know about me, it's that I'm honest. I used the Random Number Generator, each participant was given a number based on the order of comments- I skipped over badmomgoodmom since she opted out.
And the winner is... Cidell! The self professed buckle/belt kit hoarder :)) You won it fair and square, Cidell, so don't come and tell me you shouldn't have. And for all my readers, there will be more of the same in the very near future, obviously there's a need for this kit and if I was a better organizer I'd contact the manufacturer and urge them to become a sponsor on Pattern Review or something.
Posted by Birgitte at 12:11 PM 7 comments:

Since I had more construction photos of this coat, I decided- being on a roll and all that :)), another mini tut was in order. Must be tons of great info on this in cyberspace, but here it is for what it's worth;
The Very Incomplete Bound Buttonhole Tutorial

And notice on the side bar of my blog: I have put a picture of the Magnifiers that are glued to my head on a daily basis. Lindsay T used them while constructing a gorgeous, boned, strapless dress- What I Learned, Part 1. I have an extra pair... maybe another giveaway in the future? :)) Seriously, I couldn't sew without them, and I mean it. You may not believe me, but once you've tried these you'll never go back, they are a blessing.
Posted by Birgitte at 1:46 PM 12 comments:

The coat I'm making for DD, BWOF 09-2009-146, has slashed pockets with welts, and I realized I've never done this exact style before so I took some pictures during construction. It's not much different than other welts I've done, but maybe the pictures can be helpful, especially to someone who runs away like Speedy Gonzales from anything that says slash!
My advise to newbies in regards to welts:
*Take your time to prepare.
*Cut everything with exact seam allowance.
*Mark all seam lines and start/stop points.
*Baste pieces together by hand along the exact lines before machine stitching
*Cut to the exact points- no more, no less
-it is helpful to use a magnifier for the last one:))
If you do this, the welts will be successful. It is so worth taking this extra time to prepare. The reward- besides fab pockets- is that you will embrace welts and include them whenever you can. And those 3 - 4 dots BWOF patterns? All yours, baby :))
Happy Slashing! 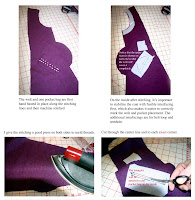 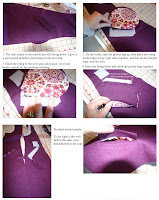 The belt and buckle kit is now being manufactured by a company called Maxant, right here in the US. I bought a stand-alone buckle kit as well which I will use for youngest daughter's coat. International Silks and Woolens carry them in 4 sizes but 2 were out of stock, so they promised to call me when they arrive.
It's not a big thing to give away, but I thought some of you may have a hard time finding it, so:
Leave a message if you would like to be included in the drawing of this belt and buckle kit (The one on the right in the picture.) It has good instructions on the back, and I'll take pictures of the assembly of the buckle- it looks pretty straight forward; adhesive backing with exact cutout and slits to the corners. I'll pay for shipping, and let's make the drawing Thursday January 7th.
Happy New Year!
Posted by Birgitte at 5:26 PM 17 comments:

Birgitte
Los Angeles, CA
This is a continuation of my old blog, and it's still all about sewing.

I Can See So I Sew